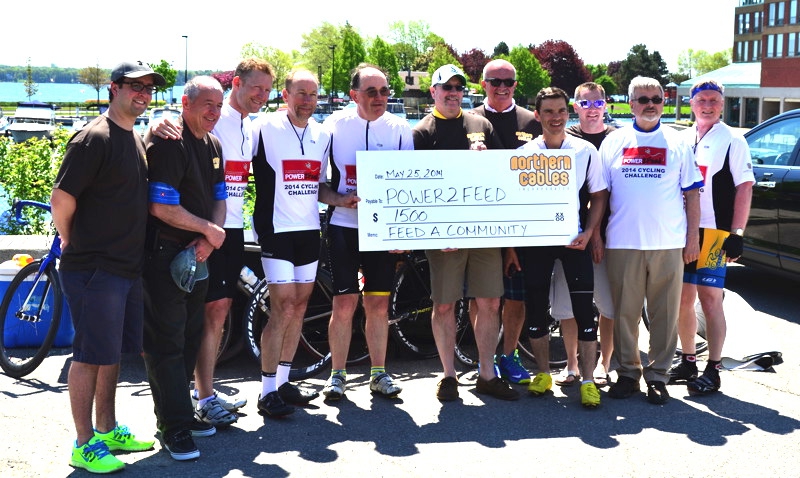 As Debra Kerby, president & CEO of Canadian Feed The Children explains, “four intrepid cyclists” from Canada’s electrical industry “caught the Power2Feed spirit” and, through their efforts, were able to present the charity with a cheque of over $37,000 earlier this year.

Power2Feed is the Canadian electrical industry initiative that began life as Hungry for Change. To date, it has raised more than $1 million dollars in life-saving and life-changing funds to help feed hungry children in Canada and around the world. The Power2Feed Cyclists are George Balla, Tim Horsman, Tere McDonald and Brian Power, who cycled from Toronto to Montreal for EFC’s Electrical Council’s annual conference. Well done, gentlemen!

READ our piece Who are Balla, Horsman, McDonald and Power cycling for? to learn more about their initiative.

Related
Who are Balla, Horsman, McDonald and Power cycling for?
GALLERY: EFC Christmas Reception (Dec 2014) Toronto, Ont.
Nedco goes national with Hungry For Change on May 3rd
Electricity COOKS – This cookbook will SHOCK YOU
Tags