News
Where is Canada in Schneider’s “Go Green in the City 2012” international student competition? 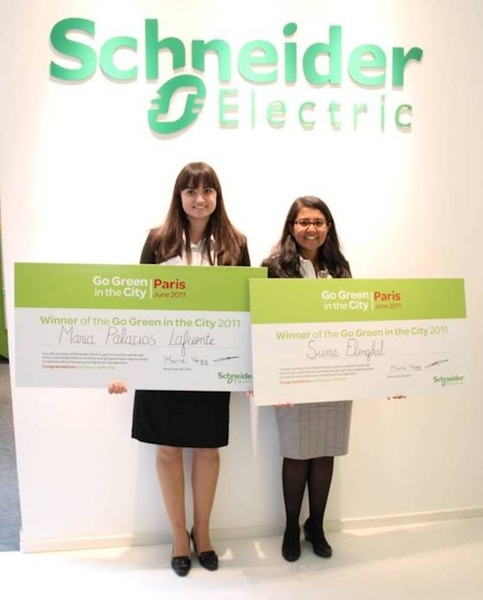 February 15, 2012 – Schneider Electric, a global player in energy management, launched the second edition of its “Go Green in the City” competition, which asks students in nine countries around the world to come up with energy solutions for cities. Unfortunately, Canada is not on that list.

This year’s challenge will take place in nine countries (Brazil, China, France, Germany, India, U.S.A., Russia, Turkey and Poland). Open to more than 90 selected universities, it will touch around 270,000 students and will lead to around 200 internship interviews within Schneider Electric for the most creative participants. The 25 best teams will be flown to Paris in June 2012 to compete in the final.

(We’ve contacted Schneider to find out why Canada has been excluded, and whether there are plans to include Canada in the future. We’ll keep you posted— Ed.)

Working in teams of two (with at least one woman in the team), students will devise viable solutions for energy management sectors critical to the city, such as: home, university, retail, water and hospital. The best proposals should reconcile increased demand for energy, social progress and environmental protection.

“Strengthened with the success of ‘Go Green in the City’ first edition, Schneider Electric is once again offering to students—especially to women engineers—the opportunity to participate in an innovative case,” said Karen Ferguson, executive vice-president, Global Human Resources, Schneider Electric. “By getting involved with a new generation committed to meeting today’s energy challenges, Schneider Electric is continuing its mission, in a unique way, to help everyone to make the most of their energy, every day.”

Since its first edition, “Go Green in the City” has received significant recognition from the international student community, says Schneider. About 500 teams and 1000 candidates from 8 different countries participated to the competition in 2011. Two women, Suma Elengikal and María Consuelo Palacios Lafuente (Bonn University, Germany, in photo), were laureates of “Go Green in the City” 2011 for their idea “The Green University”.

The winning team will be visiting Schneider Electric facilities and networking with employees and high-level management. Furthermore, the two winners will be offered jobs. Organized for three consecutive years and gaining more success each year, the competition aims to involve the young generation in creating new ideas for energy management in the cities.

Find out more at www.gogreeninthecity.com