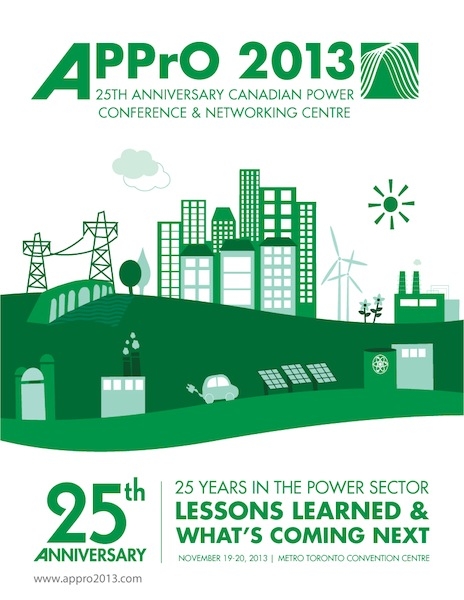 APPrO 2013 organizers hope you’ll join in on the preparation as well as the festivities. For example, APPrO is sponsoring the Power Memory Project on Facebook, where you are invited to post your photos, anecdotes, videos and any “tidbit that is important to you or to your company from any point in time over the past 25 years”. A selection will be compiled and broadcast at the 25th anniversary banquet dinner.

Organizers are also reaching out via Twitter, saying they want to hear your ideas and suggestions for the kind of event you’d like to attend. To share your ideas, or if you’d like to join the Programming Committee, Tweet to @APPrOntario #APPrO2013.