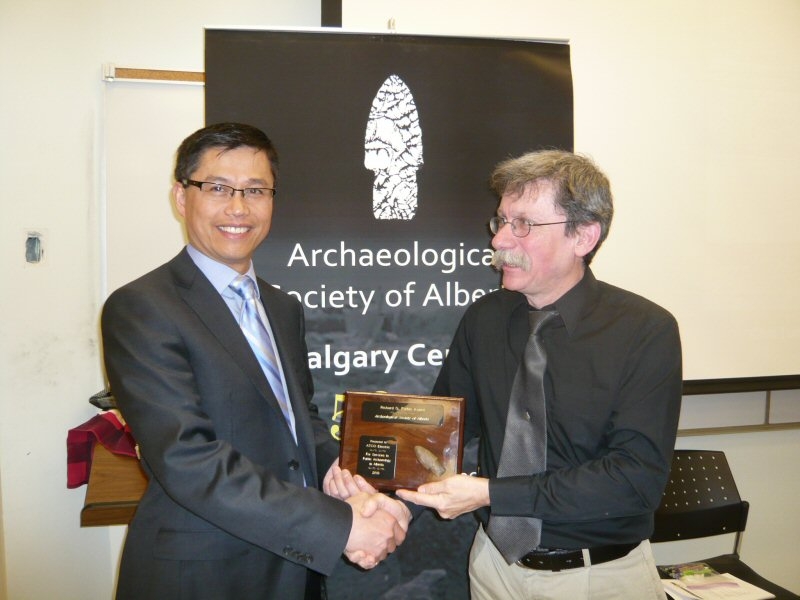 April 18, 2013 – ATCO Electric has received the 2013 Richard G. Forbis award for its Historical and Archaeological Resource Protection Plan implemented during construction of the Hanna Region Transmission Development project. The award was presented by the Archaeological Society of Alberta-Calgary Centre at the society’s annual general meeting. Congratulations!

The award was created to recognize an individual or organization in southern Alberta displaying “exceptional service to public archaeology by making archaeology more visible in the media, raising public awareness and providing ways for the public to participate in archeological studies”.

The 2013 award was presented to ATCO Electric in recognition of its contributions toward raising awareness of historical resource issues through public consultation, and its efforts to educate employees and the public about the importance of First Nation and pioneer-era sites.

“With more than 85 years’ experience working in Alberta, ATCO Electric has deep roots in this province,” said Sett Policicchio, president, ATCO Electric Transmission. “We are committed to finding environmentally responsible and sustainable ways to do business. This Historical and Archaeological Resource Protection Plan is one example of our efforts in maintaining our commitment to protect Alberta’s heritage.”