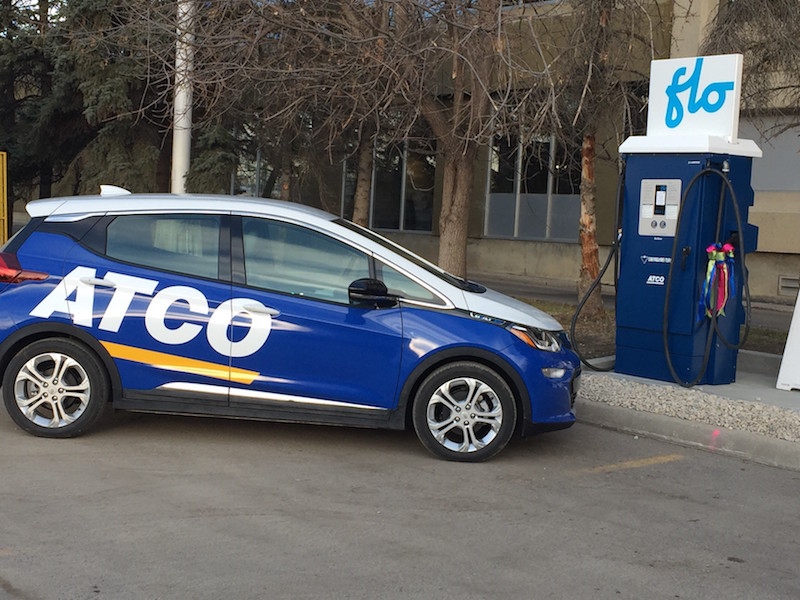 November 30, 2017 — ATCO and FLO have announced the deployment of three fast-charging stations in Alberta’s major cities — the first corridor of its kind in the province — in partnership with Canadian Tire Corporation and Natural Resources Canada.

Chargers are currently being installed at Canadian Tire Gas+ locations in Calgary, Red Deer and greater Edmonton. The stations will be operational in early 2018.

Each location will be powered by ATCOenergy and equipped with a Level 3 fast-charging station and a dual Level 2 charging station to accommodate all types of electric vehicles.

“The availability of reliable charging infrastructure is a key factor in driving electric vehicle adoption,” said Louis Tremblay, president and CEO, FLO. “Although the EV market is still small in Alberta, the development of a charging network is a strong catalyst to support electric mobility, by making short and long-distance travel easier and reducing range anxiety.”

The charging stations will be connected to the FLO network, which the company says is Canada’s largest EV charging network.

There are currently more than 1,000 battery-electric and plug-in hybrid vehicles registered in Alberta, making it the fourth-largest EV fleet among Canadian provinces after Quebec, Ontario and BC.

The project was made possible in part by NRCan through its Electric Vehicle and Alternative Fuel Infrastructure Deployment Initiative, a $62.5 million federal commitment made to fund new fast-charging infrastructure for EV charging stations along key transportation corridors in Canada.