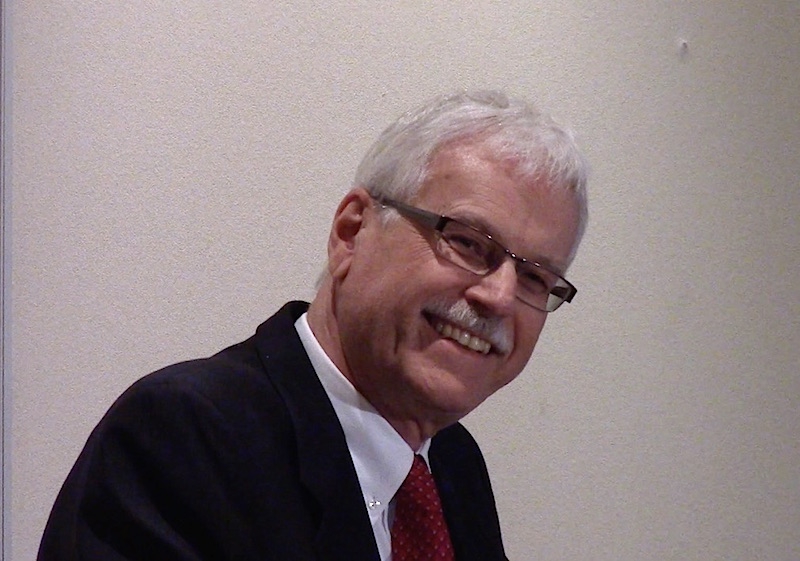 April 16, 2015 – “I dropped out of university after one year—I was bored stiff—and started in the warehouse and ended up running a $2-billion business,” said Harald Henze, the recently retired vice-president and general manager of Wesco Distribution Canada LP while accepting Electro-Federation Canada’s 2015 Industry Recognition Award.

Harald worked in a variety of positions across Canada with Wesco, starting in the Thunder Bay branch as a warehouse associate in 1972. After moving up and around the company, he left the distributor for a few years to lead a North American security distributor, then rejoined Wesco in 2005 to lead the Canadian business, overseeing (among other things) the acquisitions of Brews Supply, Trydor Industries and EECOL.

“We work in an industry that has such an enormous role to play in the development of our country… The products that we sell create societies and build societies; they have function, they have value. In all my life I’ve felt very, very good about working in an industry that makes those kinds of contributions,” beamed Henze.

EFC’s Industry Recognition Award is presented annually to an individual who has influenced the Canadian electrical industry, explains the association, either as a current or retired industry delegate, or as an industry supporter. IRA award recipients demonstrate “strong leadership through their personal and professional industry involvement and symbolize dedication, balance and achievement in regional, national and/or community activities”.

Past IRA recipients include:

Electro-Federation Canada is a national association representing over 250 member companies that manufacture, distribute and service electrical, electronics and telecom products.