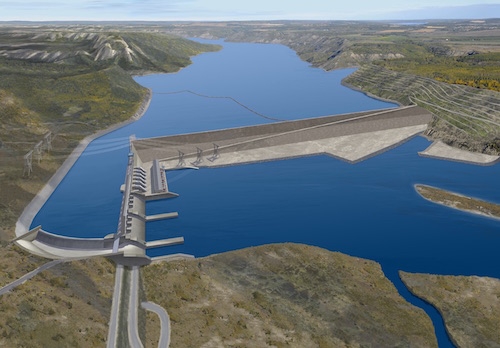 January 2, 2017 – BC Hydro has submitted a copy of its Site C Annual Progress Report to the British Columbia Utilities Commission (BCUC), noting construction is “on track for both schedule and budget”.

Additional highlights of the report include:

• BC Hydro reached several agreements with communities and First Nations. This included reaching a Community Measures Agreement with the City of Fort St. John and reaching agreements, or terms for agreements, with a number of Aboriginal groups, including Dene Tha’ First Nation and McLeod Lake Indian Band.

• BC Hydro commissioned an independent review of Site C processes and practices by Ernst & Young/BTY Group. The review found that the Site C project is “clearly defined and well-planned”.

BC Hydro provides the BCUC with a copy of its quarterly and annual reports on project progress, accomplishments, risks and costs. The reports are available online at the Site C website HERE.