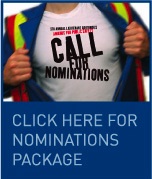 The fifth annual Lieutenant Governor’s Awards for Public Safety is seeking nominations to honour British Columbians for their outstanding contributions to public safety. These can be for an individual, organization or a group of people in the community who should be recognized for making British Columbia safer.

“There
are those among us who champion the cause of safety in our province,”
said Harry Diemer, president and CEO of BC Safety Authority (BCSA)—an
independent, self-funded organization that works with business,
industry and the general public to enhance the safety of technical
systems, products, equipment and work. “The Lieutenant Governor’s
Awards for Public Safety honour and celebrate those who dedicate
themselves to make our communities and workplaces as safe as possible.”

The goal
of the awards program is to promote safe practices, procedures,
behaviours and attitudes. They recognize those who demonstrate
exceptional leadership, achievement and innovation in the promotion of
safety in the province.

Preference
will be given to nominees related to one or more of the industry
sectors BCSA oversees, including electrical equipment and systems. This
year’s awards will be presented at a luncheon November 25 at the
Vancouver Convention Centre.

Nominations close September 18. CLICK HERE or the PHOTO for more information, and to obtain a nomination form.