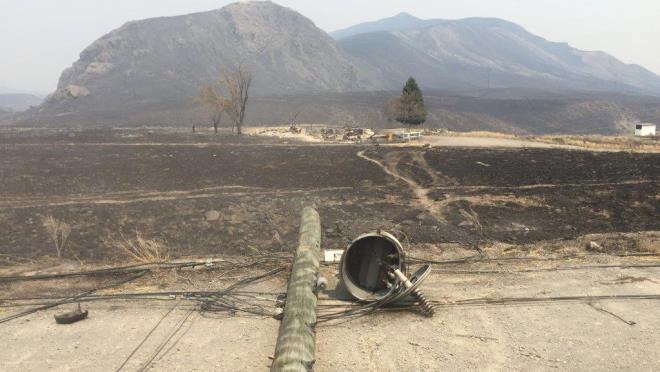 A toppled power pole lay within the charred landscape near Cache Creek. Photo courtesy BC Hydro.

July 18, 2017 – BC Hydro reports continued wildfires through the Central and Southern Interior regions are creating challenging conditions for both the province’s firefighters and BC Hydro crews.

As of Sunday morning (July 16), the city of Williams Lake had been evacuated, and wildfires in the area were close to a number of transmission lines providing power to the region. Across the Interior, a number of areas within the evacuation zones are experiencing outages:

Conditions are changing rapidly as the fires progress and winds bring fires to new areas. BC Hydro says it is working with Emergency Management BC and firefighting crews to support fire suppression and response, such as clearing fallen lines from roads required for fire crews.

— With files from BC Hydro.