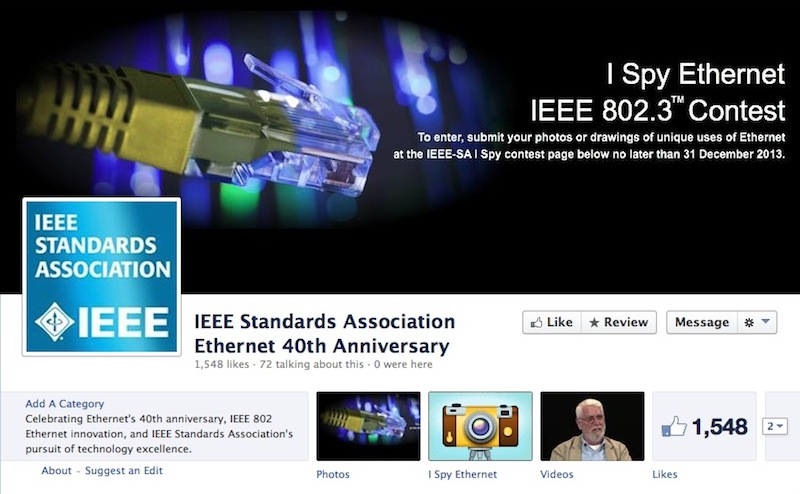 “The ‘I Spy Ethernet IEEE 802.3’ contest will help generate new and exciting ideas about what’s possible with ethernet technology and get more people thinking and talking about as-yet unimagined ethernet applications that will help change our lives,” said Dr. Robert (Bob) Metcalfe, inventor of ethernet.

Open to “technology innovators, inventors and architects around the world”, the contest seeks submissions of photographs or drawings of unique, groundbreaking or visionary uses of ethernet. Contest entries can be submitted to IEEE-SA between now, November 1, and December 31, 2013.

To enter the I Spy contest, contestants are asked to submit a photo or sketch of an example of how ethernet is being deployed presently, or how it might be deployed in the future. All entries will be posted on the IEEE-SA ethernet anniversary Facebook page, allowing anyone with access to Facebook to Like the entry they think is best, most unique or most innovative.

Based on a the number of Likes, the top three entries will be judged by a panel selected from members of the IEEE 802.3 Ethernet Working Group, and Metcalfe.