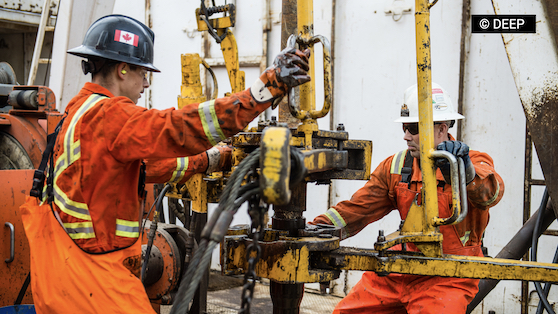 Hot brine is brought to the surface from a vertical depth of about 3500 metres.

Under development near Torquay, the project involves drilling the deepest well in Saskatchewan, at 3530 m, to tap into an aquifer that is hot enough to generate power. 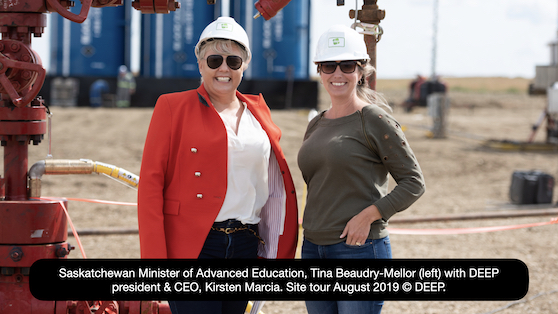 Hot brine (122 C) is brought to the surface from a vertical depth of about 3500 metres using an electric submersible pump (ESP), which is installed at a depth of 2800 m. At surface, the brine flows through containment tanks before being re-injected back into the same formation.

Today, DEEP reported the Spring/Summer flow testing program indicated the temperature and flow rates from the geothermal reservoir in the Deadwood Formation are sufficient to support multiple geothermal power facilities. DEEP will commence drilling this month, allowing for the installation of the submersible pump.

The initial horizontal well will be the first step in constructing the 20-MW geothermal power facility. Final commissioning for the first facility is expected by early 2021.

DEEP’s long-term goal is to develop hundreds of megawatts of baseload power facilities from small, scalable and repeatable 5-20 MW power plants, each of which could power 5000 to 20,000 households.