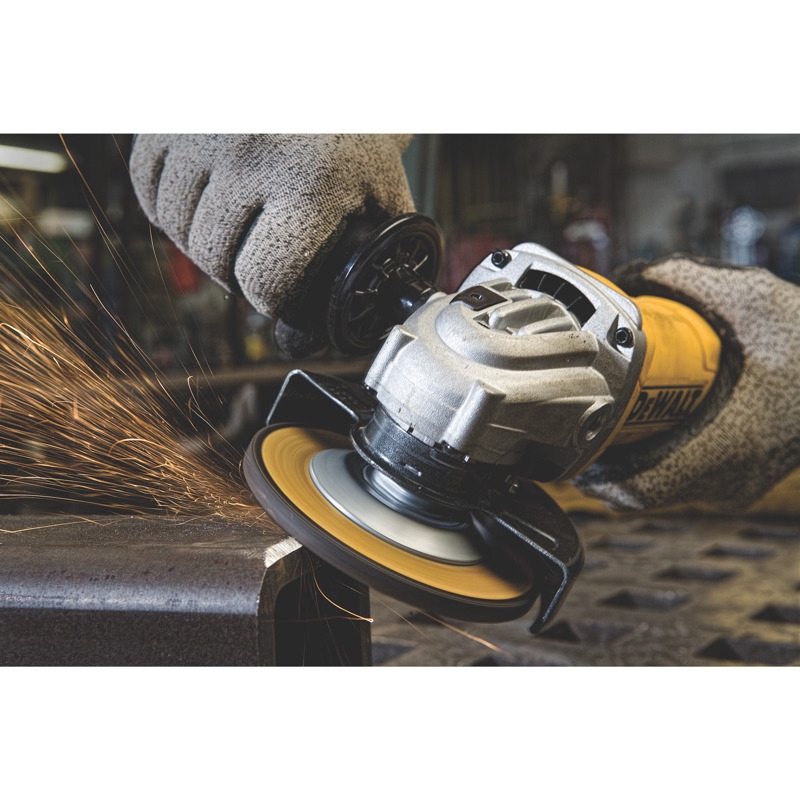 April 27, 2015 – When it comes to grinding and beveling steel, grinding welds, cutting pipe and steel plate and concrete surface prep, Dewalt says its new 4 ½-in. small angle grinders (DWE402 and DWE402N) have you covered.

“The grinders raise the bar for the compact small angle grinder class with improvements in the key focus areas durability, performance, ergonomics, and ease of use, compared to the Dewalt small angle grinder D28402 and D28402N that the DWE402 and the DWE402N are replacing,” said Greg Weston, Dewalt Canada’s director of marketing.

Key improvements include a new dust ejection system and a new motor platform has been developed, yielding 40% more copper than the motor on the D28402, upgrading the grinder to 11A and adding another 200 max watts of output power. Average temperature rises have also been reduced, compared to the D28402, Dewalt added.

Dewalt is also introducing phase two of its “next generation motor” with these grinders. This motor has the “4-piece field introduced in phase one plus 40% more copper now added to the armature,” the company stated.

The DWE402 and DWE402N retail for about $99 and are available wherever Dewalt products are sold.