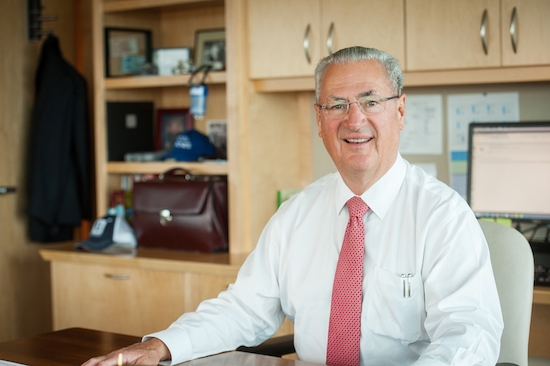 Schweitzer was studying power system protection in grad school at Washington State University (WSU) in the mid-1970s when he read about electromechanical systems for protective relays. Digital signal processing was new at the time, as was the advent of microprocessors.

“I started wondering if these three things could be put together to do things better, cheaper, faster and simpler,” he recalls in an interview with Electrical Business.

Indeed, by the time he finished turning his idea into reality in 1984, his more precise, more reliable digital relay—built in his own basement—was one-eighth the size, one-tenth the weight and one-third the price of previous mechanical relays. Otter Tail Power in Fergus Falls, Minn., became his first client, ordering three units to help locate faults in its recently upgraded line voltage.

“That was the start of commercialization,” says Schweitzer. “I won a bet with a friend, who didn’t think my first order would be for more than one unit! From there, I ramped up one unit at a time, one utility at a time.”

As test equipment and relays continued to evolve, they improved safety, too.

“In switchgear, we use light sensors to detect the flash of an arc and trip the circuit,” Schweitzer says. “By tripping in milliseconds, instead of seconds, we’ve eliminated a lot of human suffering from arc flashes. We’ve reduced the hazard levels of existing gear by a factor of 20!”

Schweitzer and this year’s other inductees will be honoured with ceremonies at the NIHF Museum at United States Patent and Trademark Office (USPTO) headquarters (HQ) in Alexandria, Va., on May 1 and at the National Building Museum in Washington, D.C., on May 2.