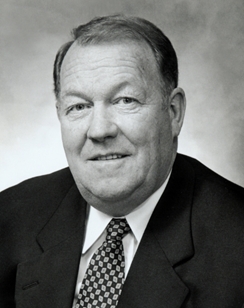 May 28, 2019 – K. Wayne Crawford, past chair of the Electrical Contractors Association of Ottawa (ECA Ottawa), passed away on May 24.

Born in 1944, Crawford built a reputation as a leading local electrical contractor in the Ottawa market. In 1963, he founded C&M Electric, a family business now operated by his children in nearby Carp, Ont.

“On behalf of the membership, I pass along condolences to his family,” says Daryl Sharkey, ECA Ottawa’s executive director and general manager (GM). “His sons Ken and Chris are both successful businessmen, a testament to their fathers’ guidance.”

There will be a visitation today at the Garden Chapel of Tubman Funeral Home in Nepean, Ont., today from 2 p.m. to 4 p.m. and 7 p.m. to 9 p.m., followed by a funeral service in the chapel on May 30 at 11 a.m. Tributes, condolences and donations tot the Dementia Society of Ottawa may be made at www.tubmanfuneralhomes.com.