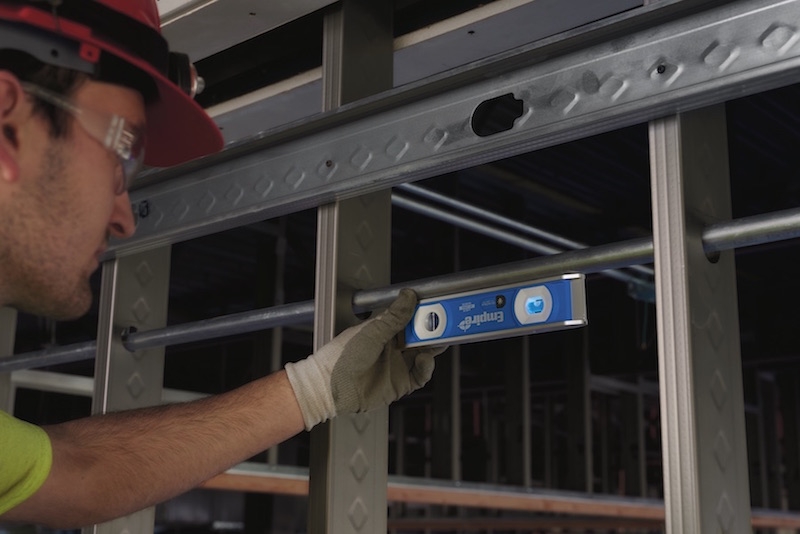 The level is equipped with a patent-pending system that uses the dual ultraviolet LED lights to boost visibility and illuminate the bubble meniscus.

It also features a ruler groove on the top for extended measuring and marking that doubles as a V-Groove, allowing it to fit on pipes. Made from an all metal, I-Beam frame, the company says it can withstand harsh jobsite condition.

SEE ALSO “Next year will blow you away”—our recap of the Milwaukee Tool 2017 New Product Symposium.
Advertisement
Print this page