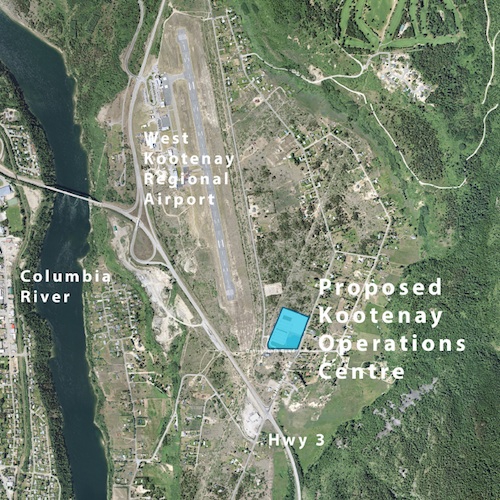 March 8, 2016 – FortisBC says it has received regulatory approval from the BC Utilities Commission (BCUC) to build a new Kootenay Operations Centre in Castlegar. B.C. and will begin construction as early as this May. The new facility will centralize operations and replace facilities that have reached their end-of-life.

FortisBC first identified the need for a new facility in a 2011 application to the BCUC. It found existing facilities, such as two South Slocan buildings and the Castlegar District Office, are at or near the end of their useful life and would require extensive upgrades to meet modern building code and safety standards.

The Kootenay Operations Centre will be located in Oostichenia and be approximately 30,000 sf. It will contain office and crew space, material storage and a dedicated Emergency Operations Centre. About 100 employees will operate from the facility including power line technicians, substation electricians, engineers, designers and other administration staff and field crews that work with transmission and distribution services.

The facility is expected to open before the end of 2017.