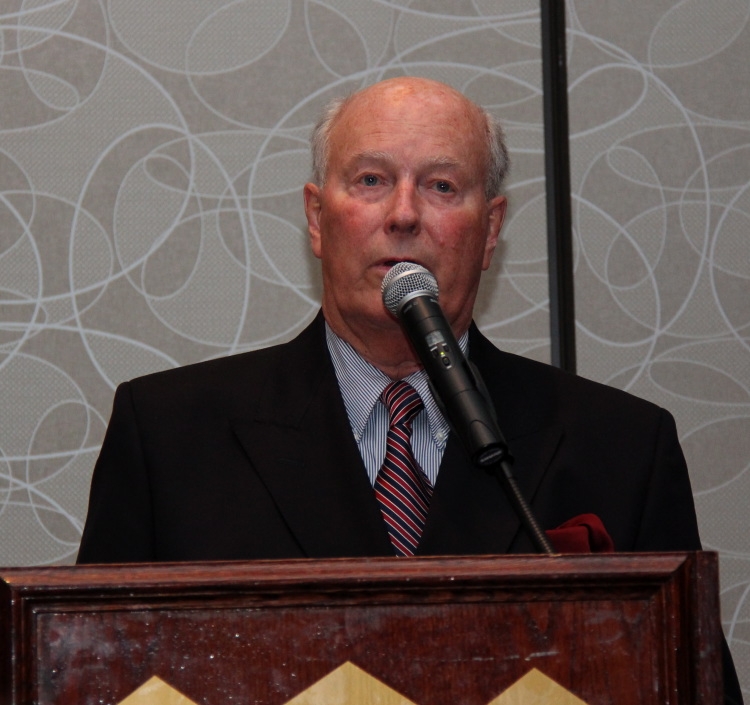 Electro-Federation Canada (EFC) held its annual general meeting in Mississauga, Ont., and EBMag was there as EFC presented its 2013 Industry Recognition Award (IRA) to Douglas Baldwin, a veteran of Canada’s electrical market. Also announced were the new board of directors and Kevin Mallory, vice president and general manager of Hubbell Canada LP, as chair for the 2013-2014 term.

Instrumental in forming EFC, Baldwin was previously an EFC president and CEO following two director terms and served as the first chair of the Electrical Equipment Manufacturers Association of Canada (EEMAC). He spent the majority of his career at Schneider Electric, including time as president and CEO. (Photos A. Dalton)