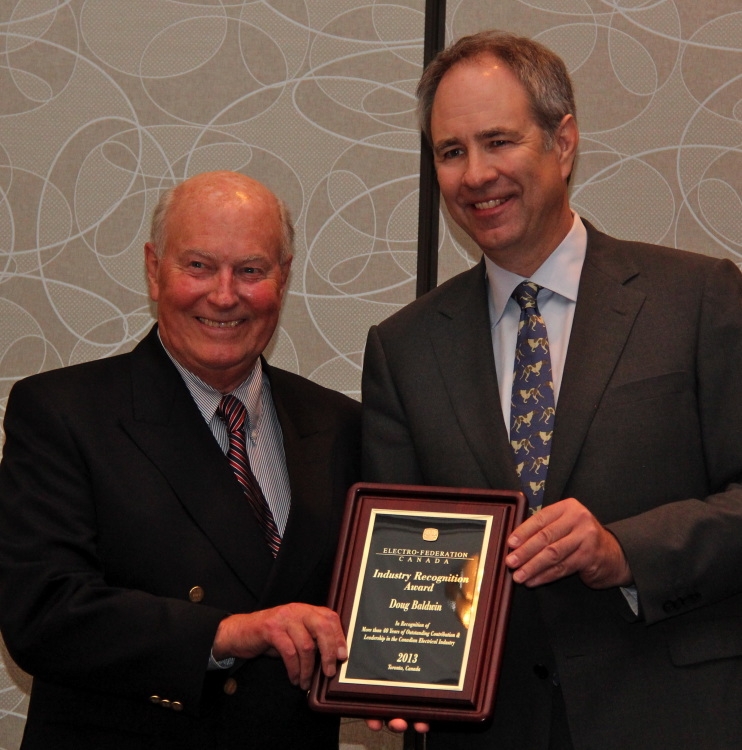 Instrumental in forming EFC, Baldwin was previously an EFC president and CEO following two director terms and served as the first chair of the Electrical Equipment Manufacturers Association of Canada (EEMAC). He spent the majority of his career at Schneider Electric, including time as president and CEO.

“Doug is an individual who helped shape the electrical industry in Canada, delivering results while also giving wisdom and leadership through his involvement in many key organizations,” said Jim Taggart, EFC president and CEO.

The association also announced its new 2013-2014 chair and board, with the executive committee consisting of:

“With any organization, strong leadership is critical to success and EFC is fortunate to have an experienced executive committee in-place. This team will provide our EFC members in the Canadian electrical, consumer electronics and telecommunication industries with the necessary strategic direction and governance,” said Taggart.