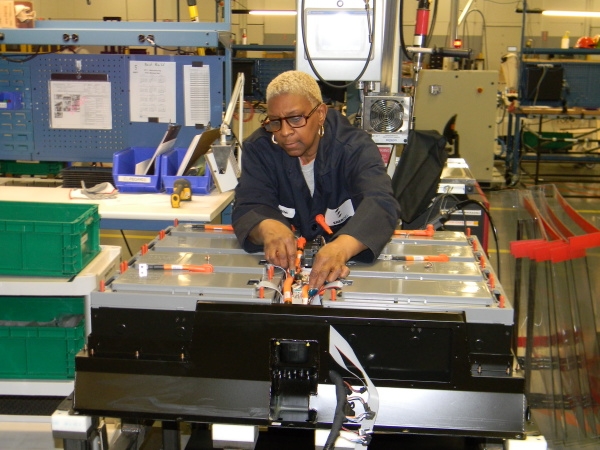 While in Indianapolis for the Work Truck Show 2011, Electrical Business was invited to a special, behind-the-scenes tour of Ener1’s battery pack assembly plant in Greenfield, Ind., which it calls “America’s first full-scale lithium-ion battery plant”.

We met Tom Goesch, president of Ener1’s transportation section (PHOTO: posing by bank of batteries), who mentioned the company’s batteries will be used in an upcoming Volvo model. Meantime, Dave Hahn, the facility’s director of manufacturing and tour leader, described the process for making Li-ion batteries, which includes a function called “formation” (a.k.a. cell charging).

Ener1 is a principal investor in the dedicated electric vehicle manufacturer, THINK, demonstrating a two-seat urban commuter model (in photo) that went on sale in the States in 2010.