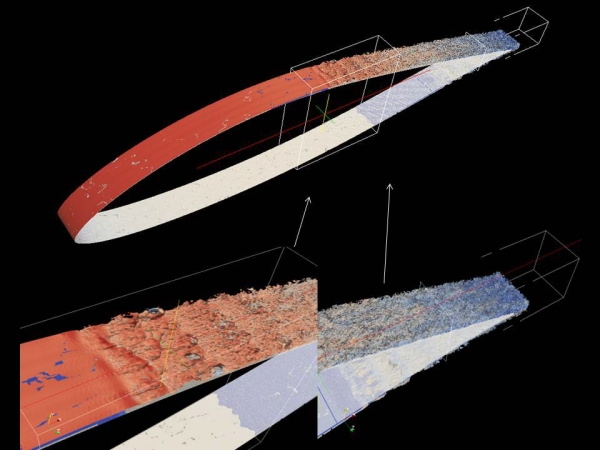 “We found that high-fidelity models can play a key role in accurately predicting trailing edge noise,” Jonkhof said. “We believe that the results achieved from our simulations would, at the very least, lay the groundwork for improved noise design models.”

Photo 1: Transition of flow to turbulence on a wind-turbine airfoil. Displayed are isosurfaces of vorticity from a Large Eddy Simulation (LES).

Photo 2: Noise generation due to turbulent flow over the trailing edge of a wind turbine airfoil. Dilatation contours from a Large Eddy Simulation (LES) are shown in the background. (Courtesy Prof. Lele, Stanford University)