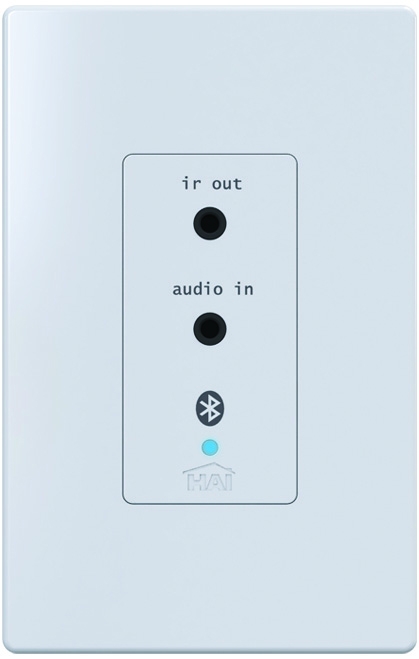 September 13, 2012 – HAI by Leviton has announced its new Bluetooth Remote Input Module (RIM) for the Hi-Fi 2 distributed audio system. The Bluetooth RIM enables wireless devices, such as laptops, tablets and smartphones equipped with Bluetooth, to wirelessly broadcast stored and streaming music throughout a home or business. The device also has an input module for wired devices like radio tuners and DVD changers. Up to eight Bluetooth devices may be used in a single installation to play music from the devices’ Pandora, Spotify, Rhapsody, iTunes, Google Music or YouTube playlists.