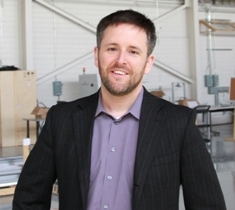 A panel of industry experts from the Ontario electricity sector selected Morgan Solar in part because the solar energy technology it is developing holds the promise of being broadly applied in Ontario and around the world.

Morgan Solar was selected for its work on optimizing and accelerating the time to market of the company’s Sun Simba—a concentrating solar panel. Based on Morgan Solar’s patent-pending Light-guide Solar Optic (LSO) technology, the Sun Simba promises to be the first cost-effective solar panel to leverage the efficiency improvements of high-efficiency solar cells. The result is a solar panel “that achieves one of the industry’s highest reported sunlight-to-electricity conversions in the most compact, low-cost form to date”. The University of Ottawa’s SUNLab is the only university lab in Canada dedicated to researching high-efficiency solar cell designs for such systems.

“Morgan Solar is another excellent example of the kind of innovation that has its roots in our academic institutions and is nurtured by industry to grow into a success story with tremendous commercial potential,” said Dr. Tom Corr, president and CEO of Ontario Centres of Excellence. “It was that spirit of partnership—in this case with the uOttawa SUNlab—which really won the panel over in selecting Morgan Solar for this award.”

The Canadian Energy Innovation Award aims to be one of North America’s leading green energy awards. The annual award was developed in 2010, as a collaboration between industry and academia. The $5000 award “will create a legacy of exceptional and innovative accomplishments in the sustainable energy sector”. Awards winners are themselves a partnership between an institute of higher learner and a private researcher. The founding partners for the award include: Ontario Centres of Excellence (OCE), Borden Ladner Gervais LLP (BLG) and the Association of Power Producers of Ontario (APPrO).

“We set ourselves the ambitious goal of making solar energy competitive with other electrical generation technologies,” said Nicolas Morgan, VP of business development at Morgan Solar (in photo). “Winning the Canadian Energy Innovation Award with our partner Dr. Karin Hinzer at the uOttawa SUNLab is not only an honour, but also validates our work. It also recognizes the enthusiasm, support, and talent that we’ve been able to tap into here in Ontario, which has brought us much closer to achieving our goal of bringing to market a game-changing energy technology.”

The challenge for Morgan Solar of taking this new technology from the lab to mass production has been significant, but the company has made enormous progress, in large part due to the guidance and validation provided by the uOttawa SUNLab. The partnership, started in early 2009, has accelerated the time-to-market of Morgan Solar’s Sun Simba technology. It has also “generated significant scientific and engineering knowledge, positioning uOttawa and, more broadly, Ontario at the forefront of the exciting research field of high efficiency solar generation”.

As a result of its simple, compact design, the Sun Simba can be manufactured at a fraction of the costs of existing solar panels while converting sunlight to electricity at efficiencies of 28-31%. Sun Simba panels are being tested in labs in Toronto, Ottawa and Denver, Colo.

“Our goal with this award was to celebrate extraordinary partnerships that have lead to astonishing innovations,” said Dave Butters, president of APPrO. “In Morgan Solar we found our winner because of their business promise of excellence in solar energy and innovation in the field.”

CLICK HERE for Association of Power Producers of Ontario (APPrO).