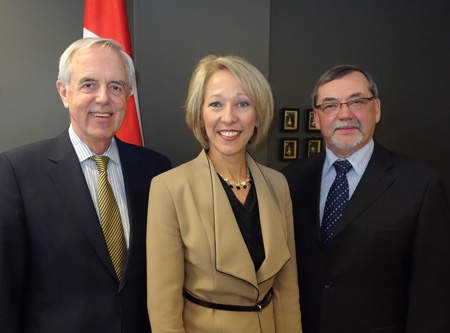 In this position, Régis will play a key role in overseeing the overall governance and guidance of the CANC/IEC. He will also work closely with Sylvie Lafontaine, vice president of SCC’s Standards and International Relations branch, who oversees Canada’s participation in the standardization activities of the IEC, including its national committee.

Régis brings to the table his extensive experience having worked at Hydro-Quebec beginning in 1968 where he held various technical and management positions. In 1991, he was promoted to executive vice president – Generation, Transmission and Telecommunications. In 2003, he was named president and COO of Hydro-Quebec TransÉnergie, the utility’s transmission division created in 1997.

During his extensive career in the industry, Régis has also chaired the Transmission Council of the Canadian Electricity Association (CEA), and was a member of the CEA board for 12 years. He served as vice president of the Executive Committee of the Northeast Power Coordinating Council (NPCC), and represented Canada on the Management Committee of the North American Electric Reliability Council (NERC).