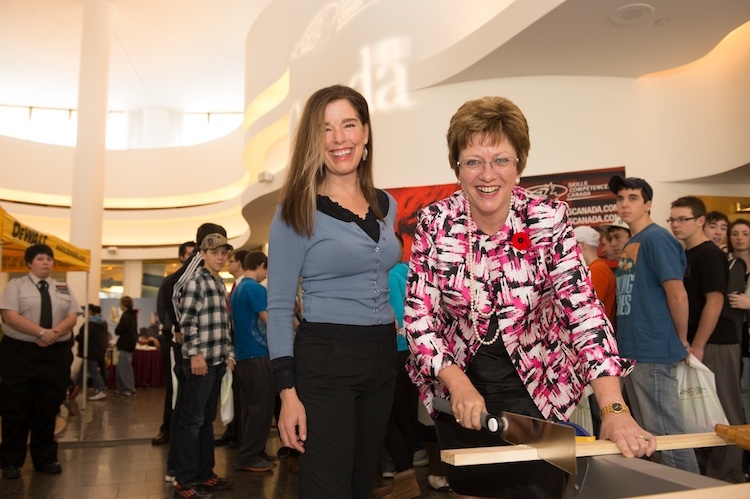 November 8, 2012 – Skills/Compétences Canada (S/CC)—a not-for-profit organization promoting careers in skilled trades and technologies—kicked off National Skilled Trades and Technology Week 2012 on Monday at the Canadian Museum of Civilization, in Gatineau, Que. The weeklong event, which includes interactive student skills activities across the country hosted by Skills/Compétences Canada and its member organizations, highlights the “shortage of skilled trade and technology workers and the tremendous career opportunities this presents for youth”.

“It is more important than ever that youth gain the skills and experience needed to prepare for and succeed in the jobs of tomorrow,” said Diane Finley, minister of human resources and skills development. “Through grants, tax credits, and support for training programs, our Government is encouraging apprenticeships and careers in the skilled trades and technology sectors.”

“Our countryʼs infrastructure was built by tradespeople and their importance is often overlooked as they are the enablers of many of the things we take for granted such as our reliance on electricity, communications networks, running water and transportation,” said Shaun Thorson, CEO of Skills/Compétences Canada. “Industries that depend on the skilled trades have become increasingly vital to Canadaʼs future economic stability and to its standing in the global marketplace. National Skilled Trades and Technology Week helps raise awareness of the career opportunities in the skilled trades, while recognizing industry needs and encouraging students to develop trade and technology skills.”

According to Skills/Compétences Canada, industries that depend on the skilled trades have become increasingly vital to Canadaʼs future economic stability and to its standing in the global marketplace. The Conference Board of Canada predicts a shortage of more than one million skilled workers is forecasted by 2020, with an estimated 40% of all new jobs in the skilled trades and technology industries.