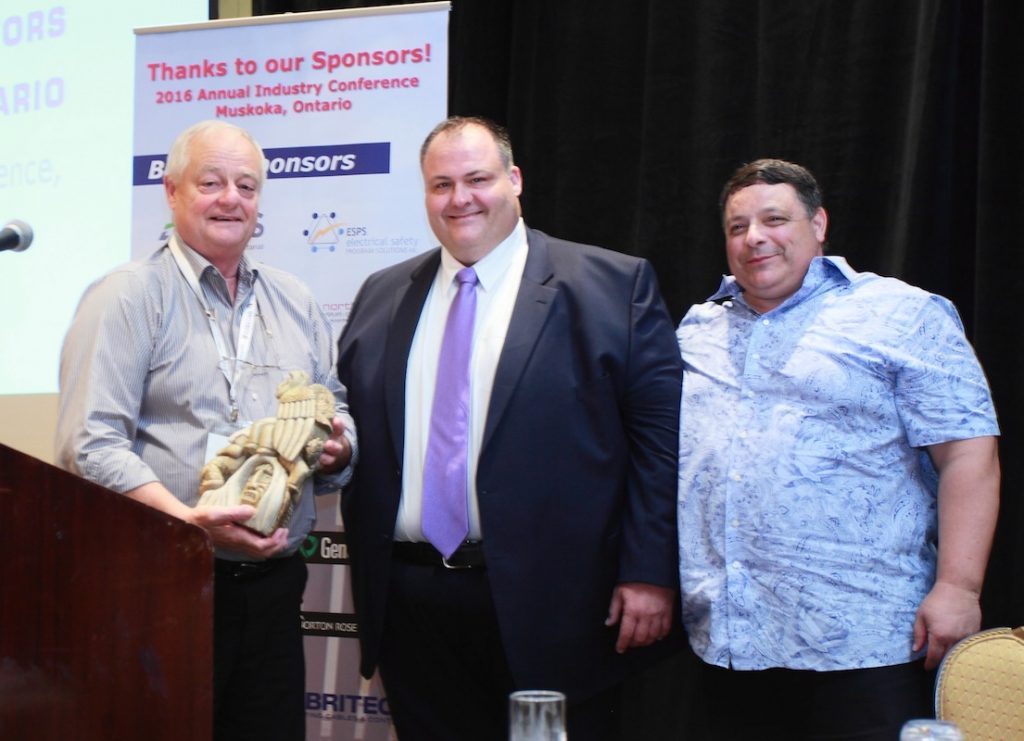 October 13, 2016* – Ove Bakmand, co-founder and principal owner of Net Electric Ltd., is the recipient of the 2016 Douglas J. B. Wright Award from Electrical Contractors Association of Ontario. Congratulations!

The award was created in 1992 by ECAO and Ontario Electrical Construction Co. Ltd. to pay tribute to individuals “who best exemplify the dedication and commitment to the electrical contracting industry as exhibited by Doug Wright through his years of service,” explains ECAO.

ECAO explains Ove immigrated to Canada from Denmark in the mid-1960s. Already an electrician, he joined the IBEW and, in 1976, founded Net Electric with two partners. He has been an ECAO president and vice-president, and a member of the Greater Toronto ECA board. He has also been on ECAO’s board since 2005, and served on numerous committees.