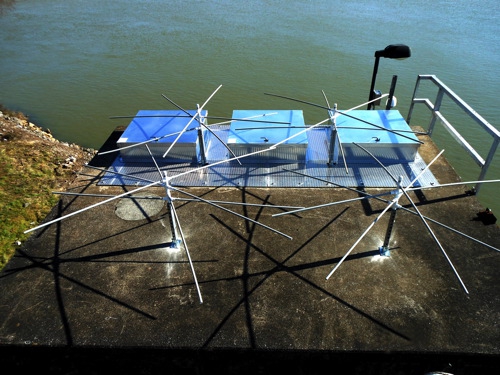 May 12, 2016 – “Off”-Sprey, a deterrent to keep ospreys from nesting on electrical equipment and structures, now has new configurations to protect flat top structures as well as hydro poles.

The OG4/ “Off”-Sprey Guard Multiple Install (OG4X4) is a four-arm version of the product. It is ideal for larger areas, such as flat roofs, the company says, and can be modified as well as easily removed for maintenance.

It’s best to install “Off”-Sprey before the nest is built, or if you notice a nest being built and before it becomes occupied, the company advises, as once occupied and eggs are laid, you can no longer remove the nest without contacting the local wildlife officials and get approval.