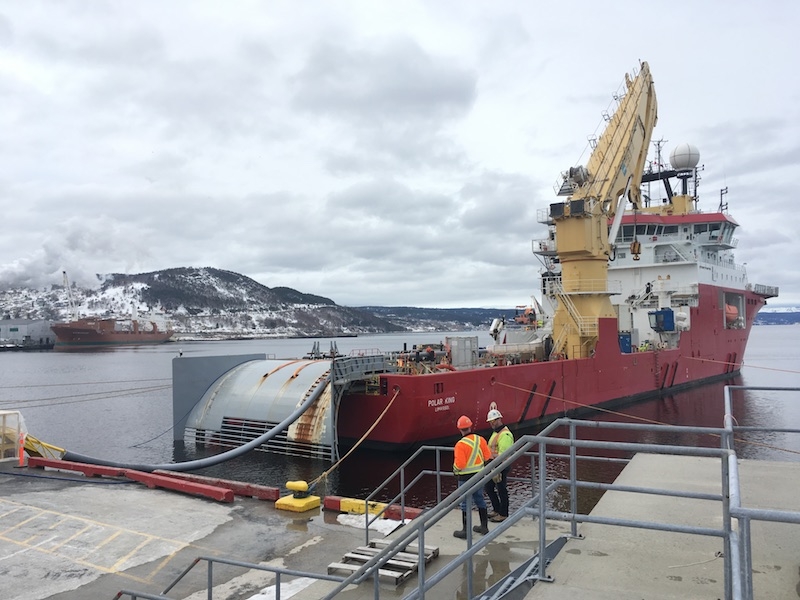 May 18, 2018 — Nexans has completed a six-year project to design, manufacture, supply and install approximately 100km of subsea HVDC cable and accessories for Nalcor Energy’s Strait of Belle Isle Marine Cable Crossing in Newfoundland and Labrador.

The project, which now connects Labrador with Newfoundland, concluded when Nexans delivered the final 2.3 km length of cable that will provide a spare ready for use.

The 350 kV HVDC cables used for the project, manufactured by Nippon High Voltage Cable Corporation, are based on Nexans’ mass-impregnated design. They include three lengths of submarine cables with an integrated fiber-optic element together with underground cables used for the land connections on either side of the strait. The accessories comprise joints, spares and terminations.

The subsea cables were installed at depths of up to 110 m by Nexans’ installation vessel, the C/S Nexans Skagerrak.

The Strait of Belle Isle Marine Cable Crossing is an element in the overall Lower Churchill Project, which includes the construction of an 824 MW hydroelectric generating facility and over 1,600 km of transmission lines across the province