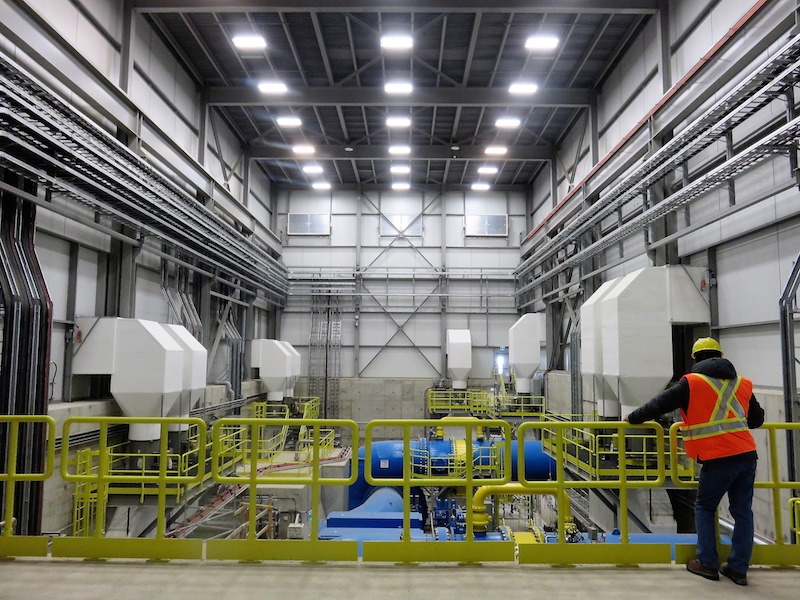 An inside view of the completed powerhouse. Photo courtesy Coral Rapids Power.

Completed this Spring, the 28MW waterpower project is a partnership between OPG and Coral Rapids Power, a company wholly owned by TTN. The station came in on-budget and ahead of schedule, adds OPG, and with no lost-time incidents.

Located about 80 km north of Smooth Rock Falls (near the junction of New Post Creek and the Abitibi River), the Peter Sutherland Sr. GS is named after a community elder. At peak, over 200 people worked on project, including close to 50 Indigenous people, says OPG.

In fact, about 60% of the total labour requirement for the onsite work was met by the northern Ontario labour market. Meantime, Indigenous contractors supplied $50-million worth of goods and services to the project.

“Our partnership with OPG is strong due to the relationship we’ve built on a foundation of respect and trust,” said Coral Rapids Power president Wayne Ross. “Our community members have gained a long-term revenue stream and transferable skills that our members will use on other infrastructure projects.”

PHOTO: An inside view of the completed powerhouse. Courtesy Coral Rapids Power.