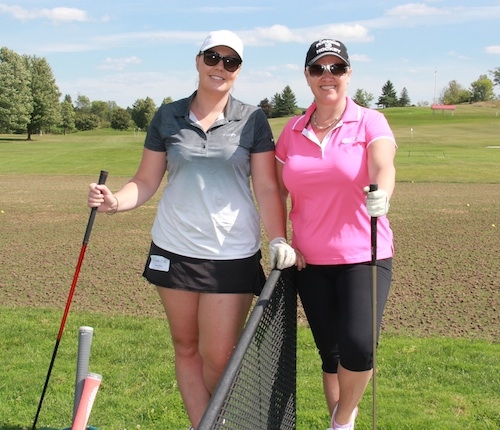 September 14, 2016 – A new record was set yesterday at the 4th Annual Electric Elle Golf Tournament for the number of balls lost. Team “9 is Enough” took home a prize—accompanied by much applause—for managing to squander 12 balls during the 9-hole round of “Best Ball”.

Electric Elle brings together women of the electrical industry—including electrical contracting, distribution and manufacturing—for an unpretentious and entertaining round of golf followed by dinner and awards. Amateurs are welcome and even first-time golfers are encouraged to participate!

About 60 women tried their hand at gripping the clubs for the day at Cardinal Golf Club, just outside Newmarket, Ont. in King Township. An optional golf clinic on the driving range before the horn sounded helped sharpen some skill with pros on standby for tips and advice.

“Who’s your Caddy” won the prize for Most Honest Score. Best Team Name went to “Slicers not Hookers” and the winning team was “Dirty Birdies” with a score of -2. For the first time, there was also a four-way tie in the putting contest.

EBMag sponsored the networking game post tournament, Bingo, which called for a Running Man dance demonstration among other things.

(Photos R. Francoeur.) See yourself in the gallery? Want a copy? Email rfrancoeur@annexweb.com.