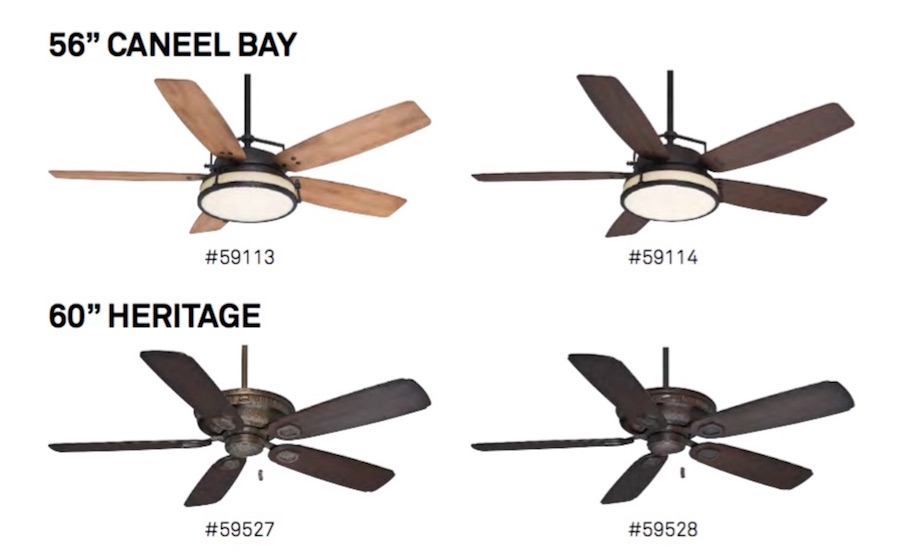 December 18, 2015 (updated May 4, 2016) – Thanks to the U.S. CPSC for letting us know Casablanca Fan Company (Memphis, Tenn.) is voluntarily recalling a number of ceiling fans in which the fan motor and attached blades can separate from the adapter when operating in reverse updraft mode, causing the fan motor and blades to fall, posing an injury hazard.

The units were sold in lighting store showrooms across the States, and major home improvement online retailers from January 2013 through December 2014 for between $350 and $620. There were approximately 600 of the recalled ceiling fans sold at various independently owned lighting showrooms across Canada, according to Health Canada.

They were manufactured in China.

Consumers should immediately stop using the recalled ceiling fans and contact Casablanca. Visit them online and click on Safety & Recall at the bottom of the page.