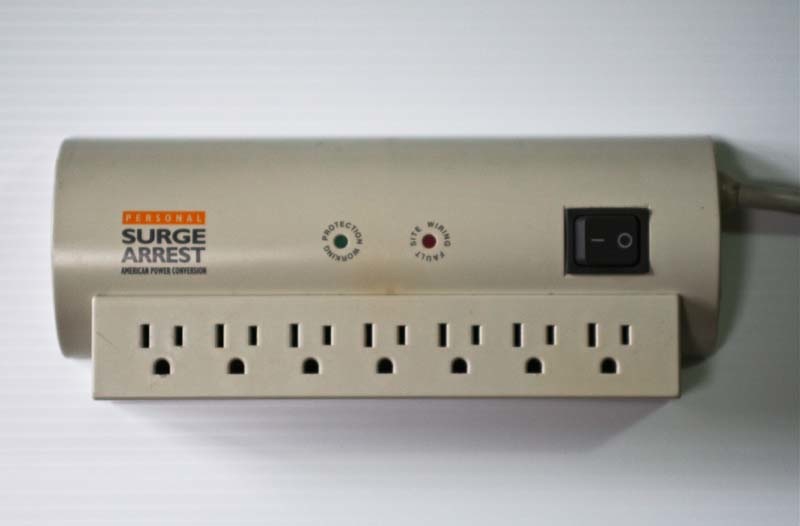 October 3, 2013 – Thanks to CPSC for letting us know Schneider Electric is recalling about 15 million APC surge protectors, which can overheat, smoke and melt, posing a fire hazard.

The company has received 700 reports of the surge protectors overheating and melting, and 55 claims of property damage from smoke and fire, including $916,000 in fire damage to a home and $750,000 in fire damage to a medical facility. There are 13 reports of injuries, including smoke inhalation and contact burns from touching the overheated surge protectors.

The recall involves APC 7 and 8 series SurgeArrest surge protectors manufactured before 2003. The model and serial numbers are located on a label on the bottom of the surge protector. The two numbers that follow the first letter or letters in the serial number sequence indicate the year of manufacture. The unit is included in the recall if the numbers are 93, 94, 95, 96, 97, 98, 99, 00, 01 or 02. APC and the words Personal, Professional, Performance or Network are printed on the surge protectors. The model numbers included in this recall are in Photo 2.

The units were sold by Best Buy, Circuit City, CompUSA and other stores across the U.S. from January 1993 through December 2002 for between $13 and $50. It is unknown at this time how many (if any) made it into Canada.

The units were manufactured by APC, now owned by Schneider Electric, in China and the Philippines.

Consumers should immediately stop using the recalled surge protectors, unplug them and get a free replacement from Schneider Electric through the RECALL webpage.