Business News
Thermal imaging for the masses with new FLIR One! 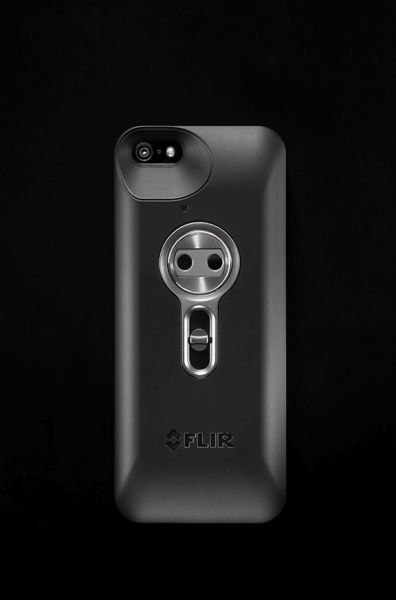 January 7, 2014 (UPDATED July 23, 2014) – FLIR Systems has launched what it calls the first personal thermal imaging device specifically targeting the consumer market: the FLIR One. (FLIR One available for pre-order as of July 22, 2014.)

“For decades, we’ve seen the possibilities of thermal imaging redefine industries that require critical awareness and heightened perception,” said Andy Teich, president and CEO of FLIR, adding, “With FLIR One, we’re excited to extend this technology to everyday users…”

Claiming it is the first and only personal thermal imager for the consumer market (at around $350 US), FLIR One is compatible with the iPhone5/5s, fitting on the smartphone like a protective case. Once mounted, the device displays a live thermal image of the world right on the phone’s screen. FLIR One houses its own battery source that can power the device for two hours of continuous use, and can boost iPhone5/5s battery life by up to 50%.