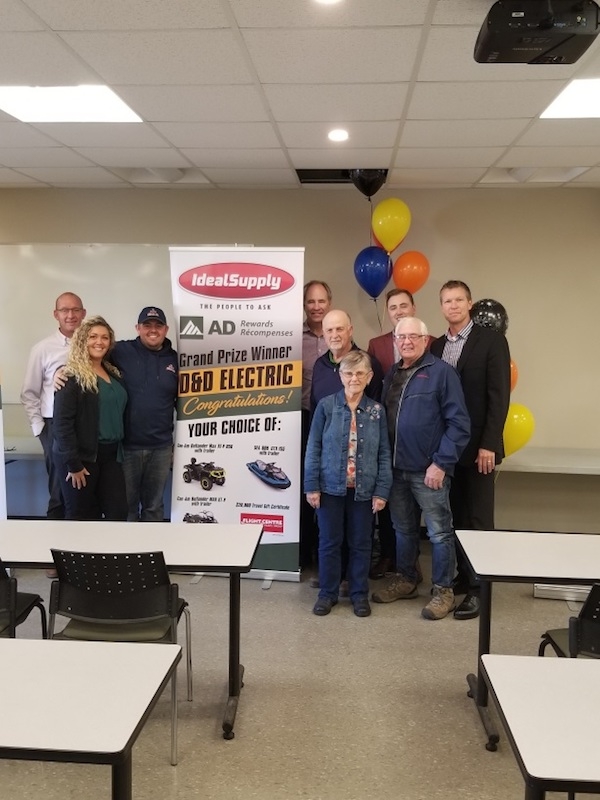 November 15, 2018 – AD has announced the winners of its recent ‘Redeem for a Dream’ promotion.

From July 1 to Sept. 15, for every 2,000 points redeemed in the AD Rewards loyalty program, customers were automatically entered in a draw, where they had the chance to win early-bird prizes, tiered prizes and a grand prize valued at $20,000. Further, each distributor branch with a winner was awarded an additional prize. In total, more than $55,000 worth of prizes were handed out this year.