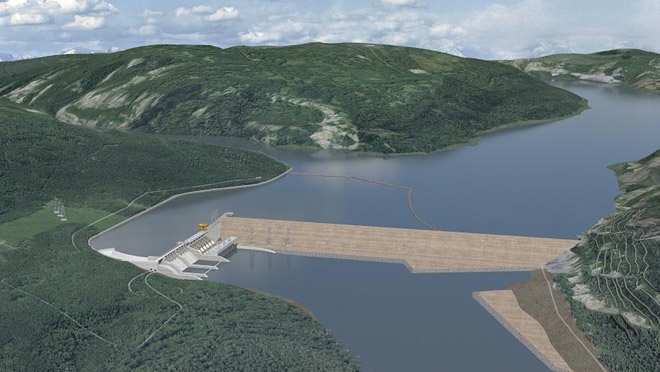 October 16, 2014 – After years of planning and more than 7000 information requests from various stakeholders, BC Hydro says its proposal to build a third dam on the Peace River reached a major milestone with federal and provincial environmental approval for the $7.9-billion Site C Clean Energy Project.

“You folks [BC Hydro] have been open with information, have been hard-working and diligent at producing answers to sometimes outrageous questions, mostly from the panel. You’ve been highly professional and hard-working. I might say it’s not easy being the target.”— Harry Swain, Site C dam review panel chair, January 23, 2014.

The environmental approval comes roughly five months after a Site C Joint Review Panel, including two months of hearings chaired by Swain, confirmed there will be a long-term need for new energy and capacity, and that Site C would be the most cost-effective option for meeting that growth in demand.

It’s not a final approval for the proposed project, warns BC Hydro, as Site C still requires a final investment decision by the province and regulatory permits and authorizations before it can proceed to construction.

The official environmental assessment process began in 2011 and included studies to identify and assess potential project effects and develop comprehensive mitigation measures. BC Hydro says it filed more than 29,000 pages of evidence and responded to more than 7000 information requests from the public, Aboriginal groups, government agencies, communities and stakeholders.

In addition, regulatory agencies undertook multiple consultation periods, culminating in a two-month public hearing process held by an independent Joint Review Panel. Environmental approval comes with conditions from the federal and provincial governments that BC Hydro must meet before building and operating the facility.

Subject to approvals, site preparation for Site C could start in January 2015. The site would provide 1100MW of capacity, and produce about 5100 GWh of electricity each year. By relying on the existing Williston Reservoir for water storage, Site C would be able to generate about 35% of the energy produced at the W.A.C. Bennett Dam with only 5% of the reservoir area.