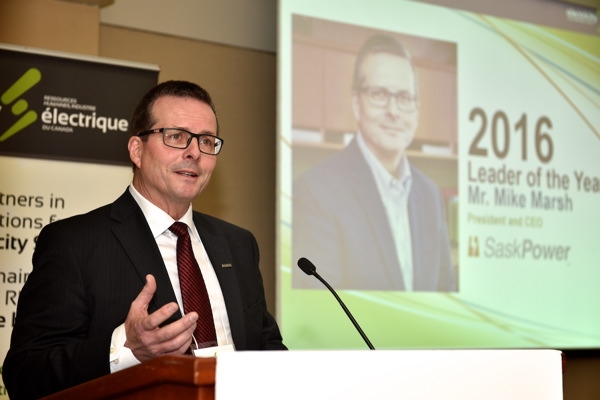 The Leader of the Year award was established by EHRC in 2013 to recognize and celebrate an individual who has made an “outstanding contribution to their organization within the Canadian electricity industry through visionary people management strategies and leadership”. EHRC says the successful nominee is an individual who has affected positive change and is dedicated to ensuring that their workforce has the opportunity and skills to contribute to the business’ overall strategy and success.