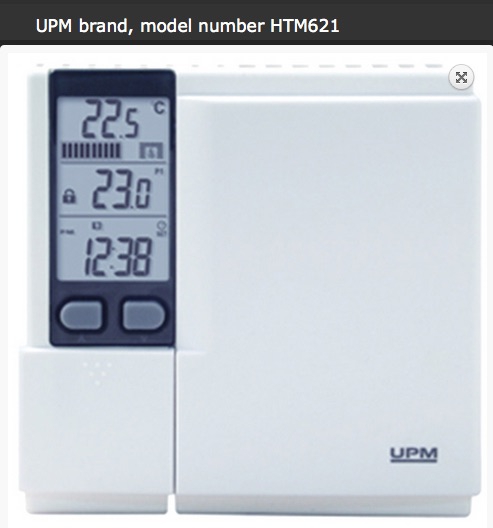 April 16, 2015 – Health Canada has published an expanded recall of the one announced January 2011 involving certain line-voltage thermostats that may overheat, emit smoke and damage the wall, posing a fire hazard to consumers.

Since June 2011, Health Canada says it has received 24 reports of incidents from consumers and retailers regarding the use of these thermostats including overheating, melting, smoke and damage to the wall. No injuries have been reported.

This recall expansion involves line-voltage thermostats with the following brand names and Model numbers (which includes all Serial numbers):

Note that some thermostat model numbers may have a letter after them (e.g. HTM221A). This letter indicates a minor, non-electrical variation in the product, such as the shape of the LCD window or buttons, or the colour of the unit. The presence of these letters does not affect the model numbers are included in the recall. The recalled units were certified to Canadian standards by CSA International.

The number of units sold to consumers is unknown, as is the period in which they were sold. However, the thermostats were known to be sold at Canadian Tire, Rona and various other hardware and building stores.

They were manufactured in China by ESIC Technology Inc. and Mandolyn Electronic Technology, and imported into Canada by UPM Marketing Inc.

The importer is no longer in business, so consumers should first stop using the recalled thermostats immediately, then contact the retailer from whom they purchased the product.