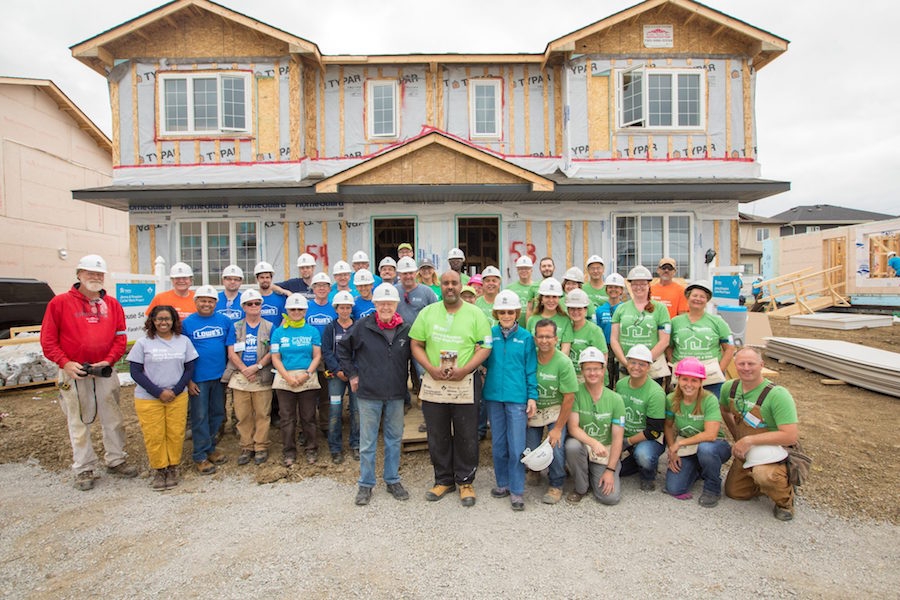 “Working side-by-side with [former] president and Mrs. Carter, I was inspired by their selfless commitment to causes around the world, including affordable housing,” said Juan Macias, company president. “The houses built by our volunteers will change the lives of many families forever, and I’m honoured to have been a part of this event. It’s a day none of us will soon forget.”

The first day of building kicked off July 10, which continued through July 14. Projects during the week included 75 homes in Edmonton and Fort Saskatchewan, 25 homes in Winnipeg, and 50 other homes in territories and provinces across Canada.

The Schneider Electric work team was joined by former U.S. president Carter and his first lady, Rosalynn, on July 12, as well as country music stars Garth Brooks and Trisha Yearwood.

Even an episode of dehydration and a brief visit to St. Boniface General Hospital couldn’t keep Jimmy Carter away from the Winnipeg build. In his absence, he encouraged everyone to stay hydrated and keep building.

Over the last 17 years, Schneider Electric in Canada and the U.S. have donated more than $44 million in cash and gifts-in-kind to support Habitat’s homebuilding program.