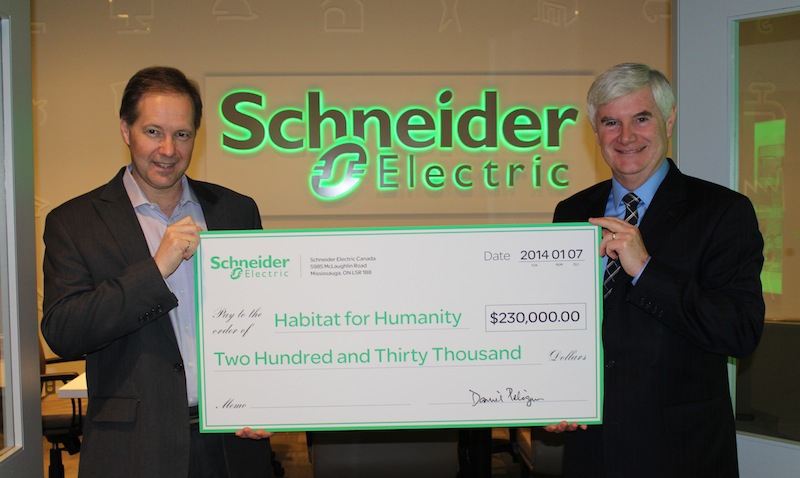 (UPDATED March 27, 2014, with VIDEO and more PHOTOS) March 14, 2014 – Schneider Electric Canada says it has reached a milestone in its relationship with Habitat for Humanity Canada: with a recent donation of $230,000, Schneider has donated close to $2 million in equipment and monetary contributions since 2004.

Schneider Electric Canada has long been affiliated with Habitat, participating in a number of builds and projects, and providing support with cash and in-kind donations.