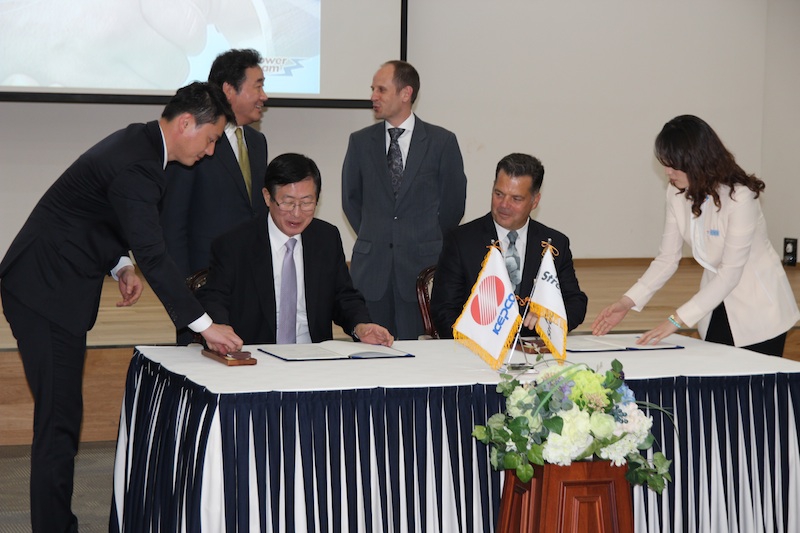 July 20, 2015 – PowerStream and Korea Electric Power Corp. (KEPCO) have signed a Memorandum of Agreement (MOA) that outlines four project initiatives the two energy companies will undertake over the next three to five years. These projects will further the development of smart distribution and micro grid networks in the North American marketplace, according to PowerStream.

The agreement was developed nearly a year after the organizations had established an initial Memorandum of Understanding (MOU) to work collaboratively in the areas of micro grid and smart grid technologies, Powerstream noted. The goal is to develop a large-scale application that would serve as a model for further advancement of these technologies in world-wide electricity distribution systems, the company added.

• Designing and building an electricity market and service model for the distribution management system (DMS) and micro grid service sector.

• Developing the strategy and plan for the marketing and sales of smart DMS and distribution level micro grid operation systems in the North American market.